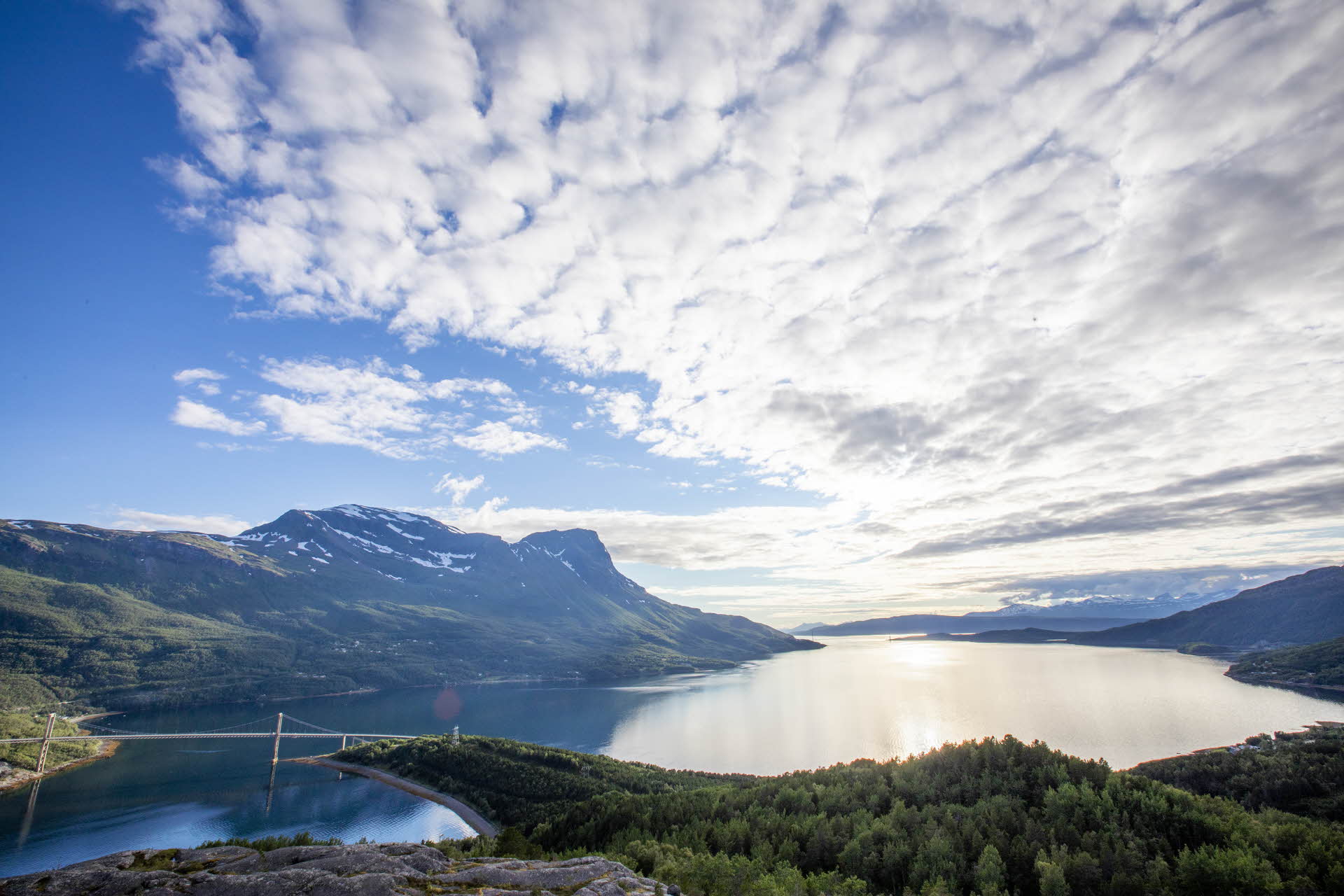 Embark on a guided cruise that will take you through the scenic and interesting Rombak fjord from Narvik, which was a scene of several marine battles during the second world war. The destination is Rombaksbotn, famous for its navvies heritage. You will be amazed not only by the dramatic history of the area but also the raw beauty of the surrounding arctic nature. This is an experience you cannot miss.

Being an arm of the larger Ofotfjord, Rombaken stretches 20 kilometres from Narvik in an easterly direction, reaching the remnants of the small settlement of Rombaksbotn, which shares its name with the last 3 kilometres of the fjord. Located between steep mountains, you are guaranteed amazing scenery during the cruise. Along the southern coast of the fjord, on the mountain slope, you can spot the historic Ofot Line, along which the Arctic Train runs.

Guide app: Download the Voice of Norway app before departure

From 9 April 1940, a series of naval battles took place in the area, with the German Kriegsmarine attacking the Norwegian ports as a strategic part of Nazi Germany’s invasion of Norway. The result of the battles was the sinking of 10 German destroyers, which meant one half of the destroyer fleet, one submarine and several other ships, while the Allies lost two destroyers. Even now it is possible to spot the remains of the destroyer, Georg Thiele, in Rombaksbotn.

Brief history of a fjord settlement

Rombaksbotn, at the end of the Rombak fjord, had only a few inhabitants, mainly farmers and fishermen, until the construction of the Ofot railway started at the end of the 19th century. In 1889, barracks and housing for the navvies and engineers started being built, followed by a grocery store, bakery, bowling alley, police station – and even a brothel. Soon, nearly 700 people were living in Rombaksbotn. However, shortly after the completion of the Ofot Line, a major fire destroyed Rombaksbotn and the settlement was never rebuilt. Today you can still find foundations from the settlement in the area.

Combine with the Arctic Train and hiking

Make the most of your day and gain even better insight into the historical events and sites. Combine the fjord cruise with a train ride to Katterat station and hike the 6.5 kilometres down to Rombaksbotn. Along the path you will pass remnants from the area’s interesting history and you can read more about the various places on handy information boards. After reaching Rombaksbotn, you can wander around the old foundations from the settlement that disappeared or opt for a refreshing swim before the fjord cruise takes you back to Narvik.

On board kiosk serves hot and cold drinks and a variety of food and refreshments.