About The Flam Railway 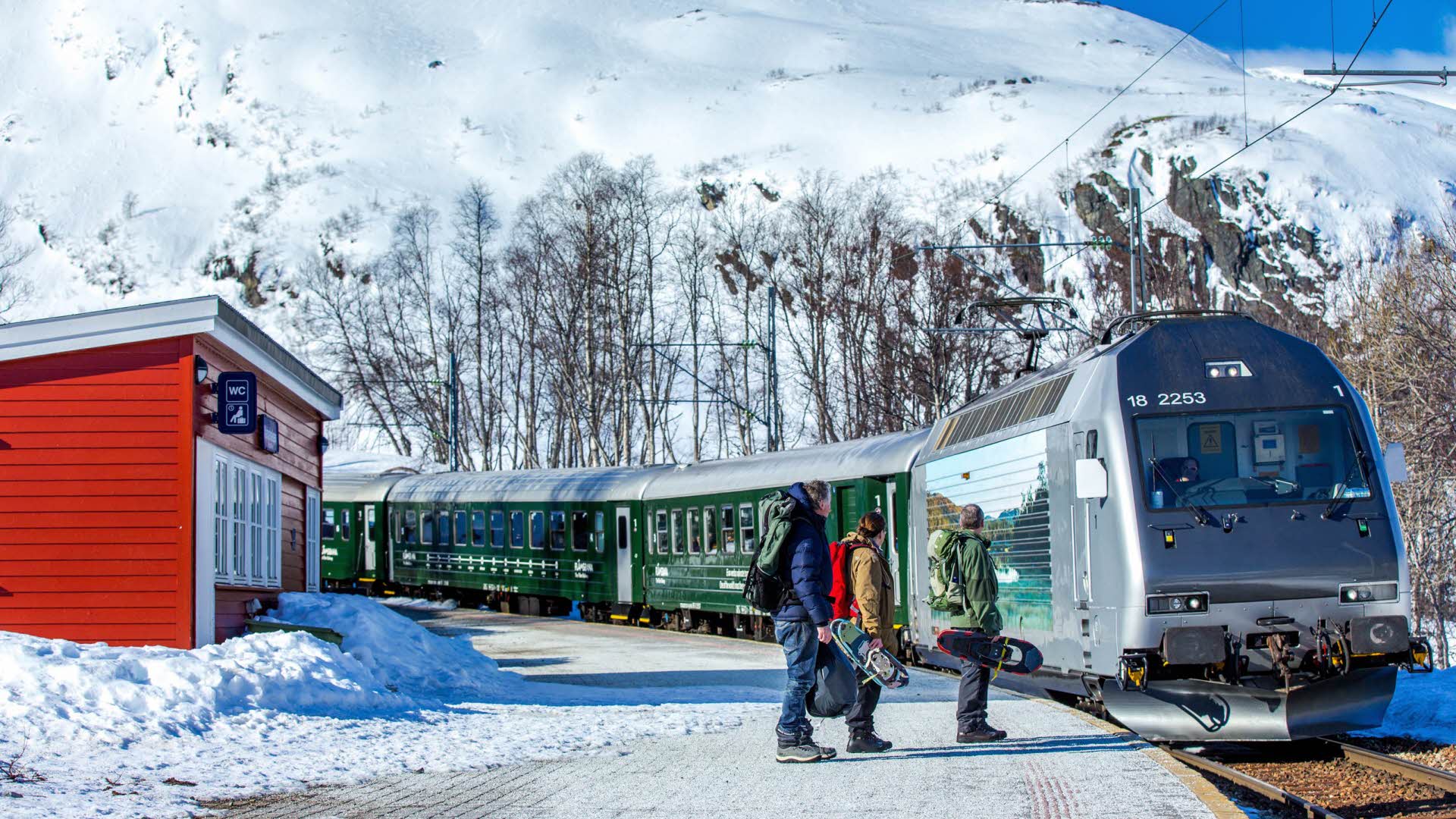 The Flåm Railway offers great variety: From a stunning fjord landscape down at sea level to wild mountains with snow-capped peaks. Through lush pastures and historical traditions dating back to pagan times.

On the 20 kilometre-long journey, you will experience some of the wildest, most dramatic and most magnificent scenery in Norway. At the high mountain station of Myrdal, 866 metres above sea level, the Flåm Railway meets the Bergen Line for onward connections to Oslo and Bergen.

Through the bewitching Flåm Valley

The train leaves the blue waters of the Aurlandsfjord and its mild and fertile coastal climate. Three kilometres into the journey, you will see the beautifully situated tar-brown Flåm Stave Church dating from 1667. At the farm next to the church is a tall obelisk in memory of poet Per Sivle, who was born here. After this comes the impressive Rjoandefossen waterfall, which throws itself 140 metres straight down the mountainside.

The Flåm Railway crosses the valley and the river three times on its journey from Flåm to Myrdal. Instead of building bridges, the engineers opted to run the river through tunnels underneath the railway line. At Berekvam station there is a passing loop where trains running in opposite directions can pass each other, with impressive views of wild mountainsides and streams rushing down to the river far below in the deep, narrow ravine.

At Blomheller, you will see clear proof that the Flåm Valley is not just an idyllic and docile landscape. Traces in the mountainside left by avalanches and rockfalls show that the forces of nature are not to be trifled with. A new development here is the modern mountain pasture for goats at Kårdal. The 150 goats here provide a popular photo opportunity. The landscape surrounding this pasture features a wealth of scenery, rarely seen elsewhere. Green fields along the river banks, slopes of fine birch forests and snow-capped peaks in the distance.

As the train emerges from Flåm Railway's longest tunnel – the 1,320-metre Nåli tunnel – a wonderful view opens up of the line ahead on four ledges up to Myrdal Station. You can also see the old transport route that winds its way up the steep Myrdal mountain in 21 hairpin bends. The train makes a stop at the famous Kjosfossen waterfall. Nowhere else in the world can railway tourists enjoy the sight of such an impressive waterfall.

The train then runs into a horseshoe tunnel that turns through 180 degrees inside the mountain. Through openings in the corniche, you are given a panorama of the wild Kårdal side, with the stream like a silver thread deep in the valley bottom. On the other side runs the steep Berg road with the railway track embedded into a narrow ledge on the mountainside. The train passes Reinungavatnet, a glistening pearl of a mountain lake and the source of the Kjosfossen waterfall. At Vatnahalsen, you will get your last dramatic view of the mountains and moorland. The traditional Vatnahalsen Mountain Hotel is situated close to the station and is a good starting point for hiking, cycle trips on the Rallar Road and trips over the superb skiing terrain during winter.

At the high mountain station of Myrdal, 866 metres above sea level, the Flåm Railway meets the Bergen Line for onward connections to Oslo and Bergen.